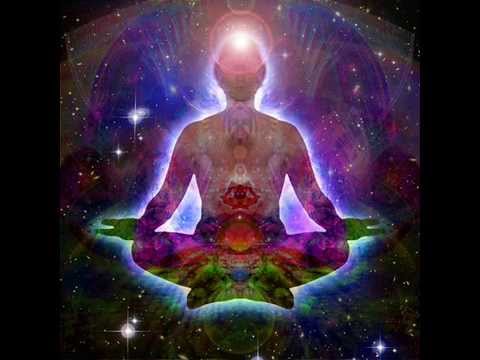 It seems strange to have to deal with a subject of this type on a blog dedicated to the strategies that teach to tend to financial wellness and in general to a better quality of life, the man wants to be happy and satisfied, it is his ultimate goal , this is actually my main goal and even if the emphasis in the blog is on financial means that can help us reach this “grace” state, my mission is without a doubt “to be healty” that means a state of complete well-being that involves our entire existence, the rest is boundary, means and nothing else.

It is true, I often put the accent on financial issues, but while we are working to trigger those mechanisms of wealth and passive income we should at the same time exercise the detachment from material things.

That’s right! In finance books we read that in general extremely rich people are not as attached to money as one might believe, for example Bill Gates, Warren Buffet, to name a few, are people who maintain “sober” lifestyles; they are not directly interested in possession or money, they like to do what they do, their professional life and what they have succeeded in creating satisfies them far more than the money they consequently managed to generate.

On the other hand it is known that a company’s mission cannot be to make money, one must give a more noble motivation, the production of a tangible or non-tangible asset useful to society, always operating in an ethical context.

The company will reward the company that produced that good if it is of social utility with money.

Warren Buffet says he has always lived in his house that he bought when he was “not yet rich”, he travels with normal machines and loves to eat in fast food restaurants, the only whim “necessary” is a personal Jet with which he moves between states to give lectures in university.

Financial education books speak to us of exercising detachment from money, paradoxically it is moving away from it that we start to make of it, because the emotional involvement that dominates and often negatively conditions our financial decisions, if I try to tend to be less greedy or less afraid of losing money, business will probably be better or at least I will have less emotional conditioning, and I will live better …, I will live more serenely the investments I have made, other things are more important …

Robert Kiyosaki and other financial coatches invite to donate at least 10% of their income to charity, this not only for the noble purpose that has the gesture itself, but precisely as an exercise in detachment from money.

And then, let this philosophical / existential parenthesis be forgiven, in reality I own absolutely nothing, not even an atom of myself, I am allowed to administer material goods for an insignificant period with respect to cosmic times, with my departure the goods from me “possessed” they will pass from hand to hand and then vanish one day.

Moreover the concept of private property is a human distortion and does not exist in nature !, we have the illusion of possessing but it is a rule that concerns only us, it is a self-referential law !.

If we think of powerful people, billionaires, owners of thousands of properties, buildings, corporations, etc. .. etc., looked at from a human perspective, they triggered great mechanisms, some are very skilled and intelligent, it must be recognized, even if from a certain level of wealth, fortune and concurrent causes have played a fundamental role; however, the saying “help yourself that God helps” is valid and certainly they took the opportunities that presented themselves.

However, if we look at them from another perspective, they are less than a grain of dust and equal to nothing, like all of us, we live for a very short time on a small planet that revolves around a star of modest dimensions called the Sun (the human species appeared “yesterday” and was preceded by enormously longer geological eras than this small segment of human existence, which saw other animal species, first plants, then animals, and so on …).

There are also very many stars thousands of times larger than the Sun and of stars, only our galaxy contains about 100 billion; the Hubble telescope, recently put into orbit, has made visible part of a boundless cosmos to the point that it is realistic to estimate a presence of at least 100 billion galaxies in the universe so far visible (each of these with 100 of billions of stars), and the theory of multiverses, one of the most accredited today, based on physical-mathematical models, suggests that there may be perhaps an enormous or infinite number of multi universes that emerge with big bangs from an infinite primordial energy matrix (dark matter) .

However we must not feel annihilated, annulled in front of so much immensity, in fact we ourselves are extremely complex and immensely precious universes, just think of the human brain and how many neurons and connections it is composed! (a fractal “copy” of the universe itself!).

I recite this mantra to remind myself that the true wealth is being able to be a spectator of this magnificent creation, life must be savored moment by moment, it is a miracle and I have received only a ticket that allows me to observe this incredible show on the stage of existence.

We are privileged to be able to observe! (although the bitterness remains of not being able to understand the mechanisms that govern creation).

Therefore let’s attach importance to money but as a means not as an end !, a tool that can lead us to a lifestyle that can give us more time, more serenity, more life !.