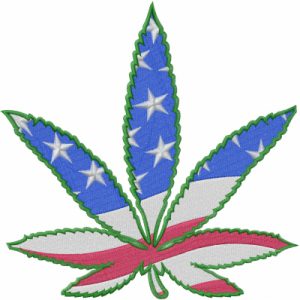 The Cannabis market it says will be the next after that of Megatrend criptovalute.
The sector has excellent conditions for growing in the next few years in America and the world that will follow America example.
There are already eight states in America that have legalized marijuana for recreational purposes ,California last this year in January and Canada in July, it is plausible to believe that the other states will follow the example of the latter.

Of course there are internal political resistance between those who are pros and who is against the use of legal drugs , but we know already that Cannabis will be introduced in every states because there are too many interests at stake:

Of course there are too many economic interests and, unfortunately, economic interests always prevail, I leave the conclusion to you….
Experts’ estimates speak of an increase in the $ 400 to $ 4,000,000 sector within a few years! . Which translates somewhat roughly that if you invest $ 10,000 in shares of the American / Canadian market in this industry you might find yourself with $ 100,000 in your portfolio in a few years . With the exception of taxes on capital gain and various taxes, we say $ 75,000, a ROI after tax of + 650% Not bad! (For this calculation I apply Italy tax).
I have already closed positions with a profit of + 120% in just 9 months, having started investing in January 2018 and those who entered the market in October November 2017 have already made very respectable profits + 250% and more … in just one year ! .
And it is only the initial phase and probably not even the best for the reasons I will explain below.
We are at an early stage where the profits of the cannabis industries are still very low , as companies are investing a lot to grow both organically and through acquisitions. In this situation profits are very reduced, while investments are huge, in these circumstances the action does not have a decisive boost to growth .
The market is very fluctuating and liquid, due to the continuous twists due to frequent acquisitions, a stormy market that lends itself to filling the speculators’ pockets .
We then add the fact that companies are seeking funding to structure themselves and to win leadership in the sector in a fight between competitors where you are either among the first or are acquired by others .
At this point it is important to explain how companies can obtain financing:

This last aspect has conditioned the trend of the titles in some cases really remarkable.
Paradoxically , even if the fundamentals are excellent , the title instead of growing decreases its value , this behavior has a name on the markets, it is called dilution effect. Basically making a simple example, if you bought 100 shares to suppose 1 dollar per share and then the company puts another 100 shares on the market (which serves to raise money and finance their growth) but does not grow from the point of view of billed , your shares are devalued and therefore will be worth $ 0.5 each, in the same way like currency in circulation and its devaluation due to placing more money on the market by central banks (in one word inflation ) .
In this very varied scenario, in an extremely liquid and unpredictable market at this initial stage ,there is a thing that is clear and objective: the enormous potential for growth in the medium term. The fundamentals are indeed excellent and the premises as well.
To operate in this market buying stocks of cannabis companies, however, in my opinion, follow the corporate events of the listed company because as a stock can grow enormously another can lose a lot , A war is being fought, some companies will win others will lose .
However, I believe that this market can be approached by non-experts, for example by buying the ETF on marijuana.
The ETF is a financial product that follows the trend of the sector, is subject to less violent fluctuations and if the specific sector grows over the years it will grow too.
The example below shows the ETF’s performance from 18 October 2017 to 17 October 2018 (1 year to date) the title was quoted at 9.84 canadian’s dollars and now is 24.3 canadian’s dollars, if we subtract the actual value at the value of a year ago we get 14.46 which represents the profit of one year, in percentage + 147%! In just one year !, and it is an ETF , which is a financial product that represents the average of the performance of the specific industry of the marijuana industry.

Personally, I believe that investing money by buying shares in this ETF at this stage is a great move . It is a medium-term investment, you buy the title is held for a few years and … waiting for future gain 😉 .

(The information contained in this article and in general in Conscious Rebirth blog’s articles are simply personal and subjective opinions of the author.
The author declines all responsibility for the accuracy, completeness and quality of the information provided. See disclaimer in the menu at the top of the page.)